This site is a work in progress. Tell us what you think. 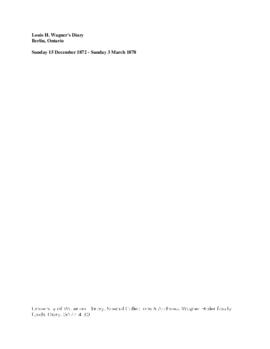 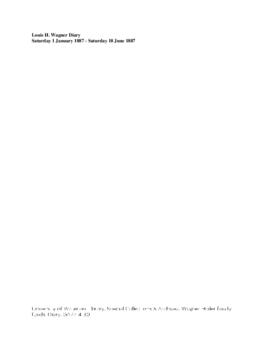 Title and statement of responsibility area

Other title information of publisher's series

Rev. Louis Henry Wagner was born April 11, 1857 in New York to Jacob Wagner and Margaret Hailer. After his father's death his mother re-married Daniel Biehn (Bean) and he was educated in primary school. At the age of 13 he was invited to move to Kitchener by his grandfather Jacob Hailer and his uncle Louis Breithaupt. Here he attended Berlin Central School, high school, and then apprenticed as a tanner under his uncle Louis. He later attended Northwestern College in Naperville, Illinois. In 1878 he returned to Kitchener and worked again for his uncle as a bookkeeper and salesman. In 1882 he began working as an itinerant preacher for the Evangelical Association. He married Mary Staebler (1859-1887) on May 20, 1884 and she died two weeks after giving birth to their only child, Louis. He re-married in 1889 to Sarah Lodema Moyer (1861-1941). Louis Henry would continue to preach in Ontario, Alberta, Manitoba and Saskatchewan until his death. He died in Kitchener on January 8, 1945 at the age of 87 and was buried in Mount Hope Cemetery.

The Wagners and Hailers were prominent early settler families in Waterloo County, Ontario, as were the Staebler, Biehn/Bean and Breithaupt families.

Availability of other formats

Dates of creation, revision and deletion